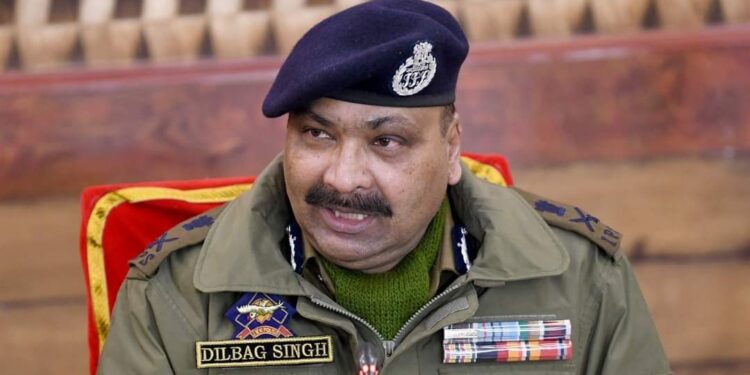 Director General of Police (DGP) Dilbag Singh sought the progress of investigation into Dhangri terror attack and directed for looking at all angles and work out involvement of all anti-national elements and terrorists involved.

A statement of the J&K Police issued here said that the DGP visited Rajouri where he chaired a high-level meeting of the Army, Police, and CRPF officers to review the security scenario of the district.

He emphasised on utilising modern technology and human intelligence to monitor the suspect movements on borders and in the hinterland to prevent anti-peace incidents.

The DGP directed for intensifying the operations with all might to track down the involved terrorists.

He also directed for stringent action against each and every individual who has provided any support to terrorists in executing the cowardly attack.

The DGP directed for further strengthening the security grid by conducting Naka checking and joint patrolling besides ensuring the area domination.

He stressed for following SOPs laid down in this context.

The DGP stressed for keeping strict surveillance on cross-border narco trade saying that elements from across the borders are using it for terror financing besides targeting youth of Jammu and Kashmir.

He directed for strict action against the element found involved in anti-peace activities and narco-trade.

The DGP stressed for enhanced coordination among the Army, Police, and CAPFs, which he said was a reason of success on the anti-terror front.

He said that during the recent past, the forces had tremendous success on the anti-terror front and stressed for further strengthening the synergy between the Police and other security forces to track down the remaining terrorists.

“We have to continue our commitment towards the mission peace to consolidate the growing peace in J&K,” the DGP said.

He directed the Police personnel to be friendly towards the general public, which would help in good policing.