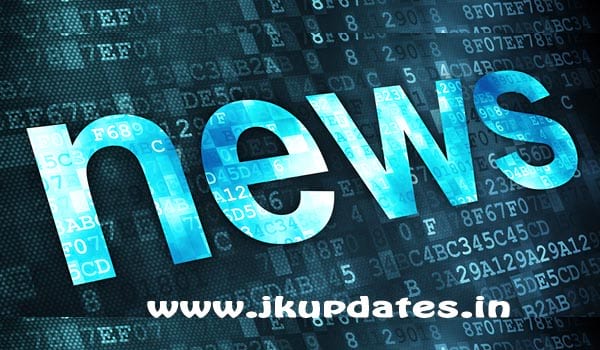 Two labourers from Kishtwar were killed after an avalanche hit Sonamarg in Central Kashmir’s Ganderbal district on Thursday.

Officials said that the avalanche got triggered from the upper reaches of the Ranga Morh and accumulated at Sarbal area which is in close proximity of Nilgrath area where Hyderabad-based company—Megha Engineering and Infrastructure Limited (MEIL) is executing work on the Zojila Tunnel.

“Initially no report of loss of life and property was there. However later on when the snow settled, Management of Megha Company (Tunnel Company) reported that two of the labourers of their company have reportedly gone missing and got buried under the snow,” a police spokesperson said in a statement to GNS. He said Police, ART teams of Army and SDRF teams reached the spot and started search and rescue operation. “The site was still vulnerable as small snow slides were still coming from the top of the hill,” he said, adding, “After strenuous efforts one dead body recovered from the snow.” The deceased was identified as Sandeep Kumar son of Munshi Ram of Sara Padar Kishtwar. After some time, he said, another missing person’s body was recovered and the deceased has been identified as Bala Krishna son of Bansi Lal of Gara Padar Kishtiwar.

“The rescue and search operation is stopped now as both the bodies are recovered and also it is snowing continuously at Ranga Morh, Sarbal which is making the area more vulnerable to snow slides,” he said, adding, “Megha company management has been asked to shift the workers to safe location till the weather gets cleared.” He said Helpline by District Police Ganderbal has already been issued in view of inclement weather. “Till the weather improves, the general public has been advised not to venture out in vulnerable areas.”

“I am deeply anguished to learn of the unfortunate incident of snow avalanche at Sonamarg in which a precious life has been lost,” Lieutenant governor Manoj Sinha said in a tweet and then only one body had been recovered. “Army, Police & SDRF teams are engaged in search & rescue operation. Directed district admin to provide all necessary assistance to the affected persons.”  (GNS)